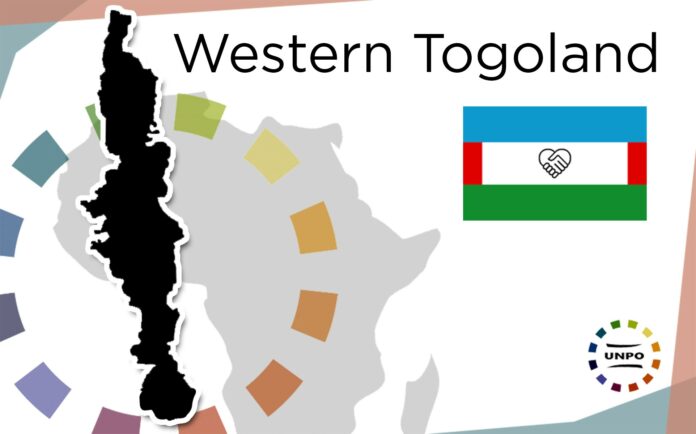 While the Togolese and Ghanaian authorities dialogue to avoid border conflicts, Western Togoland independence seekers believe that the two West African countries do not share any border.

The intervention comes days after Ghanaian media reports that the country is taking steps “to prevent escalation of boundary disputes with Togo”.

“ With this release, we wish to alert the Ghana Boundary Commission to be mindful of the Western Togoland issue as it continues its works. We also wish to alert the Togolese government that they should not be prevailing situation regarding the second portion of the Togoland.” said the Director of Communication of Homeland Study Group Foundation (HSGF), George Nyakpo in a press release.

In the statement punished this Sunday, April 25, 2021, the group insisted that “There is NO boundary between the Republic of Togo and Republic of Ghana.”

Below is their full media release:

COORDINATOR OF THE GHANA BOUNDARY COMMISSION,

Our attention has been drawn to a Joynews publication on 22 April 2021 With the caption “Ghana takes steps to prevent escalation of boundary disputes with Togo” With this release, we wish to alert the Ghana Boundary Commission to be mindful of the Western Togoland issue as it continues its works. We also wish to alert the Togolese government that they should not be prevailing situation regarding the second portion of the Togoland. We wish to remind both governments of the historical facts about that territory as follows:

1. There is NO boundary between the Republic of Togo and Republic of Ghana. Rather, it is Western Togoland that is bounded from the Southern coastal area of Aflao through Keta Adafoa beyond the river Volta’s estuary of Anyanui in the Anlor land and stretches to the North at Kulungugu to the southern frontier of Republic of Burkina Faso and through to Senkasi bordering the Republic of Togo. This Territory is the Trans Volta and Togoland or the Western Togoland which was coerced to vote in an anticipation of forming a UNION with the independent Gold Coast (now Ghana).
This Union never materialized with the Republic of Ghana. Majority of our forefathers was not in favor of that Union but opted for a sovereign state just like many other countries of Europe at the time.
We wish to sound this both governments that we cherish our land and our people and no act of intimidation, coercion, torture, extra judicial killing, arrests and the like will make us succumb and let go of our land. We have maintained a peaceful atmosphere over the past years even though various rights have been badly abused.
The reason we don’t want to turn our demand for self- determination into a strife is because we are being guided by history and events currently happening in the sub-region where many nations are engaged in one form of conflict or another as a result of such demands.
We are also mindful of the precarious nature of the political atmosphere in our sister country Togo and we hope her leadership is also aware.
We hope the government of H.E Faure Gnassingbe and that of H.E Akuffo Addo are very much aware of the happenings in the West African bloc regarding self determination by unrepresented nations. Had the Western Togoland also followed the path of strife, the sub- region would have been turned into something else by now. So we are drawing attention once again that if Ghana thinks the 1956 plebiscite was the end to our land’s existence then the leadership should provide us with the necessary documents to that effect. In that regard, we demand:

(a). A comprehensive report on how the country Western Togoland and her people given out to Gold Coast, now Ghana, because it was very clear the independence of Gold Coast was a sole decision of her citizens and not Western Togoland which was being administered as a different entity, unfortunately by same Master Britain.

(b). That Ghana government should tell us and the world at large, the venue and the officers of Western Togoland that were present before our land was handed over.

(c). We also demand that Ghana government enquire from the over 500 chiefs and the clergy who wrote a petition to UN on 12 February 2014 demanding the removal of UN Embargo on the resources of the Volta region up to the Upper East region and tell us where they got that information from and why this petition if the land was not a sovereign nation but a territory of Ghana. Please read the publication here; https://mobile.ghanaweb.com/GhanaHomePage/NewsArchive/Volta-Region-demands-removal-of-embargo-317133

2. The third demand is that either Ghana or Britain should tell us which Togoland government officials they have been dealing with regarding the future of Western Togoland. We Britain as the colonial master was dealing with the leadership of the CPP headed by Dr Kwame Nkrumah for Gold Coast, and France was also dealing separately with Dahomey (now Benin) and Eastern Togoland (now Togo).

3. We seek those answers because the UN Trusteeship Council and its Agreement enjoined both France and Britain to provide governmental structures to the various territories under their tutelage.

4. Finally, we wish to remind all and sundry that the Western Togoland self determination call will remain peaceful and we will not lose focus because Ghana is harassing us. We perfectly understand the game plan put up by Ghana and we want to let the leadership of Ghana andher security services know that before they make a move we have already taken three steps ahead we just chose to be peaceful, of course the child that says the mother will not sleep will also not sleep, and the mother who also doesn’t want her child to sleep must remain awake to keep the child from sleeping.
We shall continue to be peaceful and be law abiding if Ghana thinks we are violating their boundary then it should approach the UN system to find out if we are wrong or right. We wish to remind all citizens that the call is not ending until we have a reasonable and satisfactory response of having our nation’s flavors back on the globe.

The Western Togoland independence has not come to an end. Maybe the noise leading to Ghana’s 2020 General election of which some elements with their own parochial interest wanted to demonstrate violently against the HSGF code of peaceful activism to create a scene has come to a sudden dead silence so the naïve minds may think our call has come to end. We are adopting a more matured and advanced method where guns and bullets will have no place in our demands. We are sure that method is more appropriate than the old fashion ways of fighting with guns and killing many for independence. May the Almighty touch all your hearts to embrace Peace so that our call does not add up to the already tense security situation of the sub- region.
We encouraged all our chiefs to speak to the issues of their land, they should stop the display of fear of the political actors and fight for the interest of their land and her children so that history will continue to applaud them when their names are mentioned just like Togbe Tengey Dzokoto who’s name remains an appellation in the Ewe Talking Drum. (DZOKOTO TENGEY LI) and many other warriors.
Thank you. 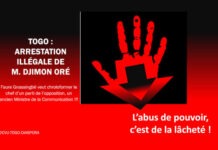 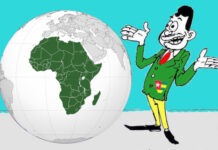 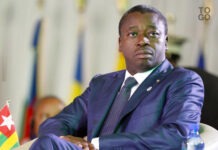 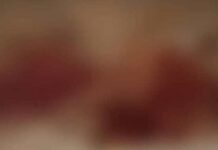 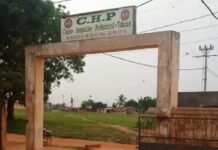 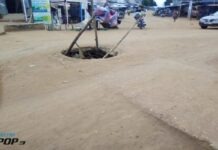 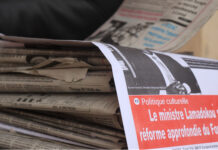