Accueil Société Togo – Cameroonian gangsters arrested in Lomé
Partager sur Facebook
Tweeter sur twitter
In Togo the judicial police presented to the press 5 robbers on Wednesday May 27; All of them are Cameroonians, including two sergeants of the armed forces of this Central African country.
After an investigation following an attempted robbery and assassination on a Togolese businessman, the DCPJ succeeded in locating and arresting on May 20, the 5 thugs known as N’tangua Clément alias Tony, 32 years, Ewoundjo Serge, alias Tokyo, 31 years, sergeant of the Forces Cameroonian armed forces, Oumaro Fadil, 32, sergeant of the Cameroonian Armed Forces, Amadjoda Aboubacar, alias Ibrahim, 32 and Kaméni Kévin, 21.

According to the officer Douti Yendoubé, this group of 5 robbers made up of Cameroonian soldiers had followed the Togolese businessman driving his car to Saint-Jean de La Salle center in Cacavéli in Lomé. Fortunately, during their operation, the victim managed to flee and alert the central direction of the judicial police.

The investigators found automatic pistols as well as 9 mm cartridges on the Cameroonian soldiers-criminals, after they were arrested. They will be brought to justice to answer for their actions, said the officer. 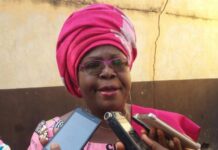 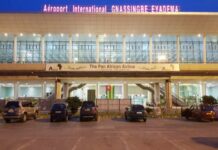 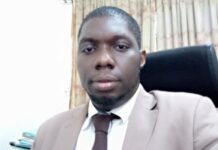 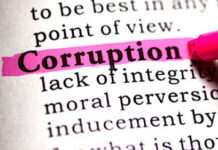 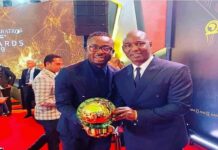 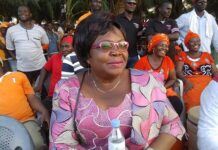