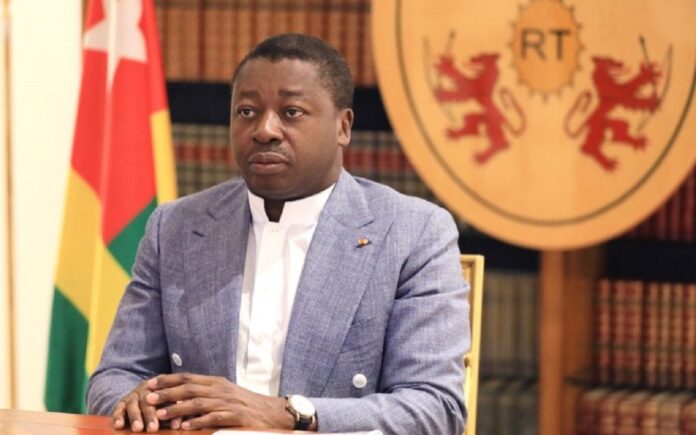 The Committee to Protect Journalists (CPJ), once again, in a press release on September 22, 2021, called on the Togolese government to address the issue of the Togolese journalists selected for Pegasus spyware surveillance.

The NGO based in New York City calls to Akodah Ayewouadan, Togo’s minister of communication and spokesperson for the government, rang unanswered.

In July, President Gnassingbé said he “can’t confirm” the use of Pegasus spyware to target his political opponents, according to Le Monde. “Each sovereign state is organizing itself to face what threatens it with the means at its disposal,” he said.

In an email to CPJ, NSO Group said that “NSO will thoroughly investigate any credible proof of misuse of its technologies” and “will shut down the system where necessary.” NSO did not directly respond to CPJ’s questions about the mental health implications of its technology’s sale and use.

Although the use of NSO Group’s Pegasus spyware on these journalists’ phones has not been confirmed and NSO Group denied any connection to the list, the three journalists told CPJ in multiple interviews conducted via email, phone, and messaging app that learning of their status as potential surveillance targets heightened their sense of insecurity, even as they continue to work in the profession.

The revelation came via the Pegasus Project, a collaborative global media investigation detailing how thousands of leaked phone numbers, including many that belonged to journalists, were allegedly selected for potential surveillance by clients of the Israeli firm NSO Group.

When Komlanvi Ketohou fled Togo in early 2021, he left behind his home, his family, and his cell phone that the gendarmerie seized when they arrested and detained him over a report published by his newspaper, L’Independant Express.

In July, Ketohou, who goes by Carlos, learned that the phone number connected to the device they took may have been targeted for surveillance years before his arrest.

“I spent nightmarish nights thinking about all my phone activities. My private life, my personal problems in the hands of strangers,” Ketohou told CPJ. “It’s scary. And it’s torture for me.”

In addition to Ketohou, Togolese journalist Ferdinand Ayité, director of L’Alternative newspaper, was also on the Pegasus Project list, according to Forbidden Stories, one of the project’s partners.

A third Togolese journalist, freelancer Luc Abaki, was similarly selected as a potential spyware target, according to a representative from Amnesty International, another of the project’s partners, who confirmed his number’s listing to Abaki and then to CPJ.

The potential use of Pegasus spyware to surveil journalists in Togo adds to an already lengthy list of the country’s press freedom concerns.

In recent years, journalists in Togo have been arrested and attacked, had their newspapers suspended over critical coverage, and struggled to work amid disrupted access to internet and messaging apps, CPJ has documented.

NSO Group has said it only sells its spyware, which allows the user to secretly monitor a target’s phone, to governments for use investigating crime and terrorism. Yet Pegasus has been repeatedly used to target members of civil society around the world, including Togolese clergy in 2019, according to Citizen Lab, a University of Toronto-based research group which investigates spyware.

Over 300 Togolese numbers appeared on the Pegasus Project list of potential targets, Le Monde, another partner in the project, reported.

Why were they targeted ?

“I was very afraid,” Ketohou told CPJ after he said he was informed by Forbidden Stories that his number was listed in 2017 and 2018. He said it confirmed his decision to go into exile, where he started a new news site, L’Express International, after Togo’s media regulator barred L’Independant Express from publishing in early 2021 as CPJ documented. He asked CPJ not to disclose his location for security reasons.

Ketohou told CPJ that he couldn’t point to a specific article that may have triggered potential surveillance, but said that at the time his phone was selected his newspaper was reporting on nationwide protests which began in 2017 opposing President Faure Gnassingbé’s rule.

His position at the time as president of the Togolese Press Patronage, a local media owners association, and membership in the Togolese League for Human Rights (LTDH) advocacy group may have contributed to interests in having his phone monitored, Ketohou added.

As for L’Alternative director Ayité told CPJ “ he was not certain what caused his phone number to be selected in 2018, as Forbidden Stories informed him, but that year his newspaper published what he described” as “sensitive” reports on the political crisis surrounding the protests and the mediation efforts by surrounding countries.

He said the selection of his number for potential surveillance fit a pattern of Togolese authorities’ efforts to intimidate him and L’Alternative.

In February, CPJ documented how Togo’s media regulator for the second time in less than a year suspended L’Alternative; Ayité told CPJ in late July that the suspension ended in June.

In a separate incident, in November 2020 a local court ordered Ayité and L’Alternative each to pay 2 million Western African francs (US$3,703) in damages to a Togo official who complained that their reporting on his alleged embezzlement violated the country’s press code; Ayité told CPJ that he has appealed the court order and that the next hearing is scheduled to be held on October 10.

Unlike the other two journalists, Abaki said he was taking a break from journalism in 2018, the year he was listed for potential targeting, according to the Amnesty International representative.

But Abaki, who has been freelancing since last year, has also had his journalism impeded by authorities. In 2017, Togo’s media regulator closed La Chaîne du Futur and City FM, the television and radio stations he directed at the time, over alleged administrative issues, according to the government of Togo’s website.

Abaki told CPJ that the closure was a political reprisal against a local politician who owned the station.

CPJ’s questions to Togo’s Broadcast and Communications High Authority, sent via the contact page on its website, as well as by text message to its president, Willybrond Télou Pitalounani, went unanswered.

Abaki said that being listed for surveillance was “extremely traumatic,” adding “there is no private life.”

“I told myself that I could have died, since the other journalists targeted from the other countries were murdered,” Ketohou told CPJ.

The Guardian reported that around the time Saudi Washington Post columnist Jamal Khashoggi was killed in 2018, phones belonging to his associates and family, including his wife and fiancée, were targeted with Pegasus spyware.

Separately, The Guardian also reported that freelance Mexican journalist Cecilio Pineda Birto was selected for surveillance with the spyware a month before his assassination in 2017. Spyware attacks often occur alongside other press freedom violations, CPJ has found.

“There is a huge psychological impact of knowing that someone in this country is taking control of your phone, violating your privacy,” Ayité told CPJ, adding that his broader safety and privacy concerns had already caused him to limit his dating and other personal relationships.

“I will be even more careful and vigilant you never know where the fatal blow will come from. I am a journalist on borrowed time.” 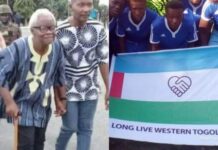 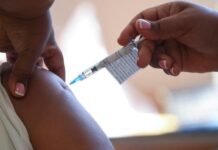 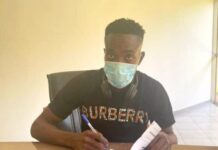 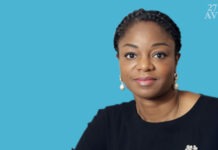 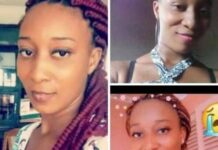 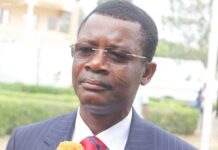 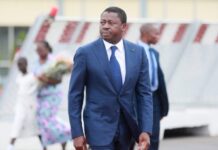