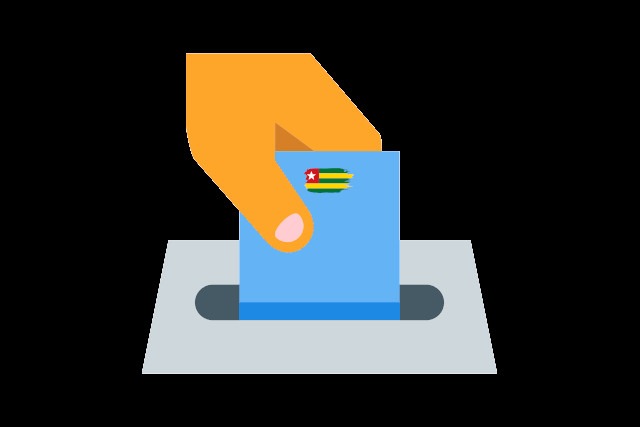 The presidential elections in Togo (West Africa) are scheduled for 02/22/20 and the campaign is in full swing!

There is a particularity in Togolese elections: election rigging, negotiations proposed by the damned international community until the next rigged elections.

In Togo, opposition parties have always had a strong showing and have always outperformed the banana republic leader who is running Togo like a gang organization.

The party in power has always won by out dividing the opposition leaders and by rigging the election.

The so-called International Community made of profit-makers never see nor hear evil when Togolese are gunned down and drive to exile by the thousands. Note that the UN human right investigation comity produced a report stating that at least 500 Togolese have been massacred when the scum-of-the-earth and the national calamity named faure gnassingbe and his cronies illegitimately took over power after the death of his father gnassingbe eyadema who had ruled the country with iron fits for 38 years.

Let’s just note that the reign of gnassingbe father and son has been and is marred with assassination by their death squads, money embezzlement, pay to play politic, widespread corruption, influence peddling and show me the money politic!

After 15 years of despotic rule (the constitution of Togo only allow 2 terms tenure) and after cooking the books on the constitution by a singly-handed, (appointed) parliament (the opposition parties had boycotted the legislative elections knowing well they were rigged by the gang leader,) faure and his cronies who have illegally overhauled the constitution to prolong representation of faure should I call him « fraud » and the dregs of society and deplorable over the constitutional limit. Togo is heading towards another electoral fraud and sham elections. We are sounding the alarm bells as we usually do to a bloody aftermath’s elections. Not that we wish it but we are saying that a dangerous path is carved for witch hunt, political persecution, execution-style assassination and sham trial in a kangaroo court after these elections!

IT’S COMING, IT’S SHOWING AT THE END OF THE DARK TUNNEL!

The constitutional court is biased in favor of faure, the spoiled brat so is the so-called National Independent Electoral Commission!

Is the UN that gave the number of at least 500 Togolese killed in 2005 when the moron faure seized power waiting again to count the dead after the elections?

Is the UN Secretary-General, the puppet of the U.S. waiting again for damage to come so he comes to comfort parents of the dead as usual?

Is the ECOWAS and the junior partner of imperialism called African Union waiting for the carnage before showing on the field?

Why doesn’t the UN serve a pink slip to Ibn Chambas the so-called UN representative in West Africa while he still dines and soups with the devil of Togo?

The crooked members of the so-called International Community are online to partake in the corrupted cake of Togo and to line up their pockets with the ill-gotten and our blood-tainted money.

The international vultures are again roaming and wandering around to swindle the money the oligarch in Togo denies its population.

Money and resources that are supposed to build roads and hospitals are channeled into the pocket of the amoral, villain International community members.

THE SO-CALLED INTERNATIONAL COMMUNITY, YOU ARE WARNED!

In a country where the government has always failed to put a grip on electoral process biases, no one can trust them to conduct a fair and free election.

In a country where the so-called leaders never give a face to their citizens, no one can trust the fly-by-night government to conduct free and fair elections.

Togolese, like any other nation on planet earth, have a

lust and hunger for free and fair elections that need to be sated!

There is no telling that in a country where elections always sound hollow, this coming presidential elections will be rigged, rather there is certainty that fraud and manipulation are squared away, and there is certainty that the population will be hoodwinked one more time, and the credulous International Community will put a rubber stamp on the outcome of the fraudulent results.

If you want to put a name on electoral fraud, go to Togo!

In Togo, we are just tired of the most bombastic, grandiloquent and pompous president (if he ever deserves that title).

Be aware that this time, because Togolese are digging their heels for free and fair elections, fraud will no more withstand the storm: Enough is Enough!

In Togo where the squeaky wheel always gets the grease, this time we the people are demanding action from the International Community, now.

ULTIMATELY, WE ARE ALERTING THE U.S. GOVERNMENT AND THE UNITED NATIONS THAT THE CLOCK IS TICKING AGAIN IN TOGO, AND IT’S ONLY A MATTER OF TIME BEFORE WE SEE BLOODBATH! 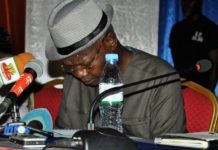 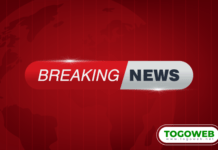 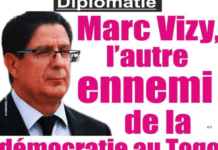 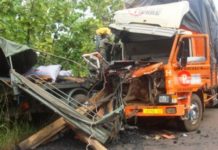 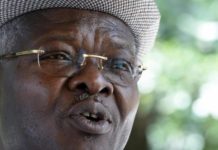